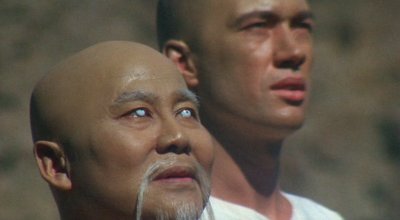 Master Po: Grasshopper, soon you must leave the mountain. We shall now begin preparations for the day that you accept disciples of your own.

Kwai Chang Caine: Be not concerned, master. I have committed each of your Kung Fu fighting techniques to memory.

Po: Grasshopper, these techniques are trifles. It is most important to transmit wude, the moral principles of Kung Fu.

Caine: Yes master, I have also memorized the 377 rules of virtuous conduct, and I will require my students to do the same. Rule number one: “Don’t show up drunk.” Rule number two…

Caine: Master, I do not understand. On the day I arrived in the temple, I took an oath to follow these rules. Are they not important?

Po: Grasshopper, that stuff is just for the newbies. It is time for you to receive the inner gate teaching on martial morality.

Caine: Master, did you not transmit the inner gate teaching to me last year? 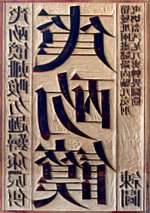 Po: Oh yeah…but this stuff right here is the real stuff, the inner inner gate. I scored this tianshu book of Kung Fu secrets from a fairy in the Western Heaven.

Po: Grasshopper, do you remember what I told you about martial arts and philosophy?

Caine: Yes, master. You said that both are tools for personal development, and in order to understand one deeply, you must also study the other.

Po: Correct. So I expect you are familiar with the work of the great Chinese moral philosopher Mencius. Tell me, what made Mencius special?

Caine: In his own words, Mencius was no sage, just skilled at cultivating his qi.

Po: Correct again. And what did he say about will power?

Caine: Mencius said that qi and will power are interdependent, and that both can be strengthened by correct physical exercise.

Po: Exercise such as Kung Fu training, yes. However, Mencius also said that exercise is insufficient for cultivating qi; a heart full of righteousness is needed.

Po: How it is irrational, Grasshopper?

Caine: Mencius said that righteous behavior is needed to nourish the qi, and consequently the will. But without the necessary will and energy, how can we perform righteous deeds in the first place? It is confused and circular logic.

Po: No! It is not circular logic, it is spiraling logic. Mencius said it is difficult to explain, but that it would be a grave mistake to dismiss it for this reason.

Caine: Very well, master, but I wish to ask instead about wude, martial virtue, not Confucian virtue.

Po: (Hits Caine with cane.) Do you think you are special, Kwai Chang Caine? There is no such thing as martial virtue. There is only human virtue applied to Kung Fu.

Caine: Master Po, you have enlightened me. Yet, I have two further questions to ask.

Caine: How can I force my students to become as virtuous as I am? And how shall I punish them when they break the rules?

Po: When the wind blows, the grass bends.

Caine: Master, I do not understand.

Po: (Sighs.) Indeed. Grasshopper, I think you’d better stay on the mountain a while longer. And you know what that means…