Steven Seagal has long inspired controversy among his fans and foes alike.

END_OF_DOCUMENT_TOKEN_TO_BE_REPLACED

Land of the Free, Home of the Brave? 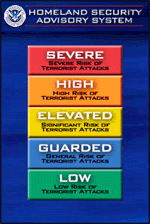 Trenchant and timely words from Eric Hoffer, one of Bruce Lee’s favorite philosophers:

There is always a danger that the suppression of a specific clearly defined evil will result in its replacement by an evil that is more widely diffused—one that infects the whole fabric of life. Thus, the suppression of religious fanaticism usually gives rise to a secular fanaticism that invades every department of life. The banning of conventional war-making may result in an endless undeclared war.

END_OF_DOCUMENT_TOKEN_TO_BE_REPLACED

Did you really think we want those laws observed? We want them to be broken…We’re after power and we mean it.

Martial artist: are you an inherent threat to decency, morality, and public safety? No?

We, your elected government, say yes.

Make no mistake, martial artist: your avocation violates several contracts, agreements and laws. Never mind the combative trivia of kicks, punches and takedowns; how will you defend yourself against us, the shameless political opportunists who would punish you for your crimes?

END_OF_DOCUMENT_TOKEN_TO_BE_REPLACED

I prefer not to play Tai Chi at home. Each of the Five Directions holds an unwelcome distraction. Look left: unpaid bills. Gaze right: a pile of laundry. Whenever possible, I head to a local park instead, where the sunshine, fresh air, and vibrancy of nature provide a pleasant environment for practice.

I have practiced outside daily for years, and I would recommend it to anyone, with one caveat: you need to know how to handle your audience. Here are a few tips to keep you safe and out of trouble.