Here the first two stages belong to dualism, or denial, whereas the final stage of nondualism denies nothing. From a nondualist standpoint, one could argue that nihilism, solipsism and Subjective Reality are (contrary to SR acolytes’ insistence) distinctions without differences.

Note the references to chopping and carrying, and the conspicuous absence of Intending, Manifesting and even consciousness. Realizations must be applied in the real world. 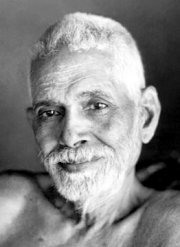 Members of the Advaita Vedanta (non-duality) school refer to the incomplete teachings of the Law of Attraction, Intention-Manifestation Theory and Subjective Reality as neo-advaita or pseudo-advaita.

Confusing the vehicle and the destination, sufferers of neo-advaita syndome frequently exhibit the following symptoms:

As Jesus reputedly said of false gurus, by their fruits you shall know them. Traditional nondual spirituality teaches that we should not grasp too tightly to Subjective Reality and the Law of Attraction, but instead favor a Law of Action: