As a fan of Bruce Lee, you probably already know about his extensive library. Bruce’s collection reportedly spanned more than 2000 books on philosophy and martial arts. (In fact, much of the material in his “signature work”, the Tao of Jeet Kune Do—compiled and published posthumously from his notes—was copied from these primary sources.)

Bruce Lee was influenced by D.T. Suzuki, J. Krishnamurti, and many other teachers, but perhaps no author left a greater impression on him than Napoleon Hill. 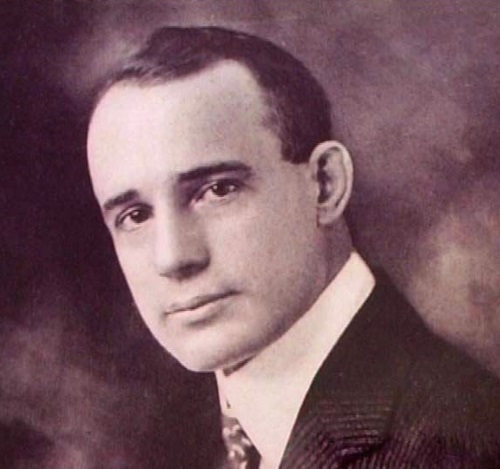 In the early 1900s, Napoleon Hill spent twenty years studying the habits and qualities of America’s richest and most powerful men. After observing and interviewing such successes as Andrew Carnegie, Thomas Edison, and Henry Ford, Hill came to view their achievements as the product of a secret formula—a formula that any man could follow to great wealth.

Hill distilled this formula in his book, Think and Grow Rich:

For example: Suppose that you intend to accumulate $50,000 by the first of January, five years hence, that you intend to give personal services in return for the money, in the capacity of a salesman. Your written statement of your purpose should be similar to the following:

“By the first day of January, 19.., I will have in my possession $50,000, which will come to me in various amounts from time to time during the interim.

“In return for this money I will give the most efficient service of which I am capable, rendering the fullest possible quantity, and the best possible quality of service in the capacity of salesman of (describe the service or merchandise you intend to sell).

Bruce Lee, by all accounts a man of burning desire, took Napoleon Hill’s advice to heart. In his personal papers, the following note was found:

My Chief Personal Aim In Life
I, Bruce Lee, will be the highest paid Oriental superstar in the United States. In return I will give the most exciting performances and render the best of quality in the capacity of an actor. Starting in 1970, I will achieve world fame and from then onward till the end of 1980 I will have in my possession the sum of $10,000,000—then I will live the way I please and achieve inner harmony and happiness.

Lee saw no contradiction in these goals. And yet, looking backwards, his stardom and impending wealth unquestionably played a part in his mysterious demise. Fame and its accoutrements—drugs, girls, secret life insurance policies—pushed harmony and happiness out of reach.

Judging by each man’s words and actions, Napoleon Hill more clearly understood the jing-qi-shen transmutation of Chinese kungfu than Bruce Lee himself did. Ironic? I can only suggest that fans of the Law of Attraction and Intention-Manifestation Theory learn from Lee’s example, and choose their goals carefully.

There are two tragedies in life. One is not to get your heart’s desire. The other is to get it.
– George Bernard Shaw