The Secret, a new personal development guide by Rhonda Byrne, is taking the nation by storm. In the last three months, the book has sold almost two million copies, and the DVD has sold one million more. Einstein, Beethoven and Plato knew and used it. Oprah loves it.

Byrne offers this as the solution to every personal and social problem, from weight loss to poverty—even genocide. Action is not required; positive thinking is. In her own words:

Whether people have been told they have a slow thyroid, a slow metabolism, or their body size is hereditary, these are all disguises for thinking “fat thoughts.” If you accept any of those conditions as applicable to you, and you believe it, it must become your experience, and you will continue to attract being overweight.

Let go of all those limiting thoughts. Food cannot cause you to put on weight, unless you think it can.

Expertise in the martial arts requires a functional understanding of natural physical laws. If the Law of Attraction is more than a bourgeois fantasy, then it must be applicable to practical self-defense. But who would dare to stake their life on the premise that thoughts can conquer all?

Actually, such an experiment was conducted 100 years ago. And the outcome was predictably tragic.

A Brief History of the Boxer Rebellion

In the early 20th century, foreign governments occupied portions of China. These countries used their leverage to exploit the Chinese people, and to secure special privileges for their own nationals, such as immunity from local laws. Empress Dowager Cixi responded to these indignities by encouraging an anti-foreign rebellion among the people, led by the Righteous and Harmonious Boxing Society. 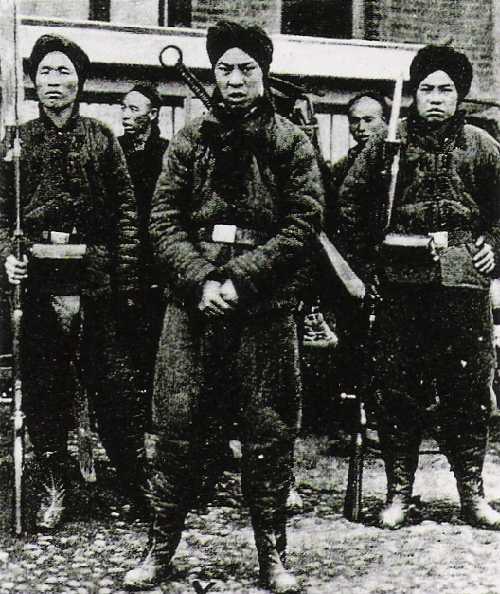 These boxers combined physical and spiritual exercises in an attempt to become blade- and bullet-proof, and thus impervious to the attacks of foreign troops. They probably used many of same the tools embraced by the today’s New Age movement: mantra, spirit channeling, meditation, charms, and so on.

Despite their discipline, their magic and their superior numbers, the boxers were defeated by the opposing armies. It seems that their gongfu alone was no match for powerful rifles. The Chinese government was forced to pay war reparations to its occupiers for the next forty years.

So, how can the Law of Attraction explain the boxers’ loss? Rhonda Byrne might say that these fighters attracted death with their negative intentions. Perhaps they should have focused on becoming rich and thin instead?