The annual celebration of World Tai Chi and Qigong Day will be held this Saturday, April 28, 2007.  Many Seattle-area groups will meet for practice at this auspicious time, weather permitting.

END_OF_DOCUMENT_TOKEN_TO_BE_REPLACED

In these video clips, Tai Chi master Peng Youlian demonstrates a fusion of Chinese and Canadian cultures: Tai Chi Hockey Stick. Peng is one of the only surviving masters of this rare weapon form.

END_OF_DOCUMENT_TOKEN_TO_BE_REPLACED

Attaining competency in Tai Chi Chuan requires hundreds of hours of correct form practice, and mastery requires thousands more. One impediment to sustained practice is a lack of interest: Tai Chi forms are too boring to perform daily.

Perseverance in the face of boredom builds character; however, feelings of boredom may be a sign that your learning has stalled. To keep your practice fresh, productive and fun, try performing these variations on your standard Tai Chi forms.

END_OF_DOCUMENT_TOKEN_TO_BE_REPLACED

What is the origin of the internal/external categorization? And what should it mean to you as a martial artist?

END_OF_DOCUMENT_TOKEN_TO_BE_REPLACED

One of the gentlemen in my practice group alerted me to this video clip.  Henry Wang, an expert in the Cheng Man-ching style of Taiji, repeatedly bounces a puncher away through his own punch.  Not only that, but he is sitting on a table, with his feet off the ground, while he does it!

END_OF_DOCUMENT_TOKEN_TO_BE_REPLACED 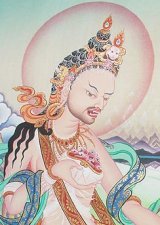 How is this related to your Tai Chi practice?  It depends.
Are you trying hard to become more internal, with the help of some dusty old books?

My first exposure to the Wu (Hao) style of Tai Chi occurred at the Taiji Forum 2006 conference in Thunder Bay, Ontario. I noticed a few significant differences between its postures and those of the more popular Yang style:

Wu (Hao) style was developed in the 1800s by Wu Yuxiang, with inspiration from Chen and Yang predecessors. However, based on my limited exposure, it seems equally similar to some schools of Wing Chun. Other conference attendees made similar observations.