What is the best way to approach kung fu training? Should we seek to train our instincts, or cultivate our intelligence?

The answer seems obvious. In a fast-paced and dangerous combat scenario, there is simply no time for intellectual deliberation. We must let our animal instincts take control, to react instantly with the self-defense techniques we have drilled to perfection…right?

Wrong. A kung fu student who responds instinctually is following an incoherent strategy; one whose prospects, as demonstrated by the animal kingdom at large, are dismal.

Among the animals, instinct is ubiquitous; yet, outside of cockfighting and other artificial circumstances, the notion of an expert fighting animal is absurd. Within the same species, the slow almost invariably lose to the fast, and the weak fall to the strong—precisely the outcome that most kung fu practitioners hope to avoid. 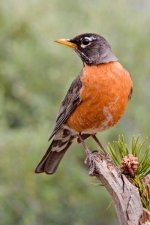 Instinctual behaviors are heuristics, evolutionary shortcuts that (usually) produce an appropriate response with minimal cognitive overhead. In other words, instinct is fast, and it is dumb.

Male robins will automatically attack a rival who enters their territory—or a non-threatening pile of red feathers. Female turkeys instinctually protect their baby chicks, along with any other object that makes a “cheep-cheep” sound—even a tape recorder hidden in a plush toy! Such dim-witted responses are good enough for bird brains, but they represent a giant step backwards for human beings.

We homo sapiens are unique among the animals in our ability to override ancestral instincts, with learned behaviors appropriate to a complex environment. Intelligence, not instinct, keeps us safely settled at the top of the food chain. 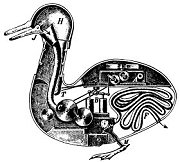 Our kung fu training can promote our evolution or devolution, depending on what qualities we choose to emphasize. As for what really works in a fight, we need only compare the performances of amateur brawlers with professional fighters. The former rely on their instincts, with modest results. The latter employ a highly developed intuition, or intelligence at “instinctual” speed. Kung fu, then, must be the opposite of basic instinct?