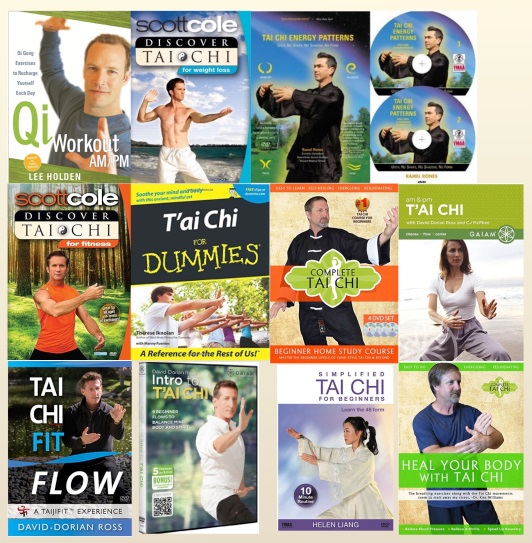 This graphic shows the unconscious cultural bias that affects internal training. What do all these have in common? Yeah – they show only upper body, arm gestures, or at least massively emphasize the upper body, arms, hands and heads, to the partial or complete exclusion of feet, legs, and hips…

Our profound entrancement with the upper body has made us all tense as hell up there. That’s one issue. The other issue is that, paradoxical as it may seem, the only way to get the real internal in the upper body (arms, hands, whatever) is by relentless internal conditioning of the lower body (feet, legs, hips).

All of that is true. Modern humans really are obsessed with their upper bodies. Our middle and upper class jobs are performed with hands and eyes, while the lower body is resting in a seated position. And even after forty to fifty hours of office work, leading to pathologically tight hip flexors and hamstrings, most of us would still prefer to skip leg day at the gym.

Lower body workouts are a tough sell. I myself have accidentally frightened away new students in the past, by demonstrating a low posture in an introductory Tai Chi class. As Scott implied, Westerners have been conditioned to expect a vibrant new level of health, as a result of adopting exotic Asian hand positions. To be confronted with the coarse reality of a low squat is a deeply dissonant experience.

Marketing professionals and cover designers know this, and respond to the desires of the marketplace.

It’s fun to make cynical observations about advertising. Nevertheless, let’s acknowledge that martial artists and marketers have a common goal: influencing others’ behavior with minimal cost and effort. Tai Chi fans ought to learn from the wisdom displayed by these ad packages. It’s not about excluding the waist and everything below. It’s about focusing on a human face.

Human beings are genetically predisposed to pay attention to faces. It is an essential practice for survival, friendship and cooperation. We use faces to communicate our inner emotional state, and to read the moods of others.

Faces convey emotion, and emotions sell products. This is why so many of them with no particular relevance to the human body, are nevertheless advertised alongside smiling faces. Or, in the case of the Tai Chi instructional products shown above, a contented and relaxed facial expression.

Violence, like shopping, is a deeply emotional performance. We use our faces to incite, threaten, accept, escalate, decline, and end acts of violence. In fact, this form of body language communication is so effective that it often precludes any need for overt physical force. We establish dominant and submissive roles quickly through posture and expression alone.

Manipulative facial expressions are core tools for sociopaths and for certain high-level politicians. Charles Manson is a prime example. After using his talents to establish a personality cult, he subsequently convinced them to murder on his behalf. Later convicted for conspiracy, Manson lost his freedom and his flock, but he never lost his contempt for common social norms and those who follow them. See this remarkable 1989 interview with news anchor Penny Daniels:

What does any of this have to do with the art of Tai Chi Chuan? That depends on your personal definition of the art. Many people today regard it as an ancient Chinese health dance, great for decreasing stress and removing toxins and such. When analyzed at that level, any discussion of violent sociopaths is distasteful and irrelevant.

If on the other hand we define Taijiquan as a style of martial arts, or unarmed self-defense…subtle facial expressions are still not important. In this case, we assume the inevitability of the fight, along with the need to quickly end it. From this point of view, we are less interested in analyzing faces, and more in rearranging them: with a fist, or on the ground.

However, if we look at Tai Chi in a broader sense, as an art of keeping and taking balance, faces become extremely important. Far more so than any arm postures or horse stances. In my experience, one well-timed glance is enough to end a fight, and one poorly chosen smirk is enough to guarantee one.

According to rumor, Charles Manson enjoyed playing a version of tuishou with his cult family. He would quickly and unpredictably change his facial expression, and challenge others nearby to match him. Like other influential sociopaths, he understood that, long before we might push anyone with our arms, we have already touched them with our face.