What do you think after reading this speech excerpt?

I’m not sure whether it is good to have freedom. I am really confused. If our society is too free, it will become like Hong Kong, very chaotic…I am gradually beginning to feel that we Chinese need to be controlled.

Is Jackie Chan a simple-minded mouthpiece for totalitarian dictators, as some have charged? A wealthy racist gone senile? Before you answer that question, consider one alternate translation–this one provided with cultural, linguistic and historical context.

I’m not sure whether it is good to have freedom. I am really conflicted. If our society is lawless, it will become like Hong Kong, very disorderly…I am gradually beginning to feel that we Chinese need to be regulated. 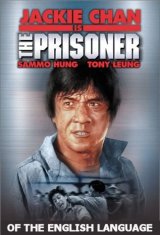 If Jackie Chan was a professional politician, rather than a stuntman-turned-actor, he would have called for “improved regulations, to rein in the excesses that threaten our society today.” And not only rich Chinese businessmen, but also most “freedom-loving” Americans would be applauding.

Maybe the real controversy is not about Jackie Chan’s views, but about our own? And maybe the Associated Press is right: that is a story nobody wants to hear.