Readers, I encourage you to visit the Virtue Science website, read some of James’ material, and formulate your own opinions before proceeding to my commentary below.

I feel that it is the duty of good people to be as strong and powerful as possible. There are universal tactics and strategies that apply equally to personal and country wide defence as well as to financial security, self improvement and spiritual development. [I present to you] a unique martial art called “Shhhhh” based on the principles of Virtue Science.

Typically, a martial art inventor will coin an Asian-themed name for their new style. The purpose of the name is to imply a false historical pedigree, and to impart a sense of Oriental mystery. The ideal name is lexical nonsense; it means nothing, and so can be interpreted to mean whatever the situation requires.

For example: I hereby create the art of Tae-Shin-Bo-Chuan. I say this is the ancient art of spiritual kickboxing, and I dare you to prove me wrong!

James did not follow this well-established pattern, which leads me to believe that his motivations are sincere. Still, I recommend he choose a new name: Shhhhh is already in use by the brilliant teachers at Guru You University.

Shhhhh is a unique martial art that does not teach any particular moves. You can learn it on your own, even if you are in solitary confinement.

In my experience with American martial arts and artists, theory is overemphasized. Martial arts principles should guide cultivation and application, and that is the extent of their value; disembodied theory is meaningless.

If the idea of training in solitary confinement sounds peculiar, then you have probably never heard of the famous Xingyiquan master Guo Yunshen. Guo’s biography and achievements were summarized by Jan Diepersloot, in The Tao of Yiquan: 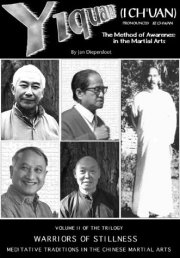 The stories vary, but it appears Guo killed at least one man, and possibly several others, who came to challenge him. As a result he spent three years in prison restricted by fetters. One would think this would have been a severe impediment to his practice, but actually it proved a blessing in disguise.

Restricted from any movement, Guo developed Xingyiquan’s deepest essence—the discharge of extremely powerful and explosive force from a still posture—to new heights of sophistication. So powerful was Guo’s discharge of energy that some called him “Divine Crushing Hand,” while others, less favorably inclined to him but equally impressed, called him “Demon Hand.”

Each student picks their own particular area and works to master it. Then they move onto another area. Their personal martial profile should remain partially hidden from everybody else. In other words some of the chosen areas should be kept secret.

The probability that the new student has truly created a unique and unprecedented fighting technique is approximately zero. More probably, the student has identified, in this “secret”, a technique they personally do not know how to defend against. By keeping this a secret, they deprive both themselves and their practice partners an opportunity to study it in depth.

Furthermore, if a student is able to maintain an arsenal of secret techniques, it indicates that the level of structure and formality is too high, or the training intensity is too low.

The deeply skilled martial artist harbors no fear of demons, because he has grown accustomed to dealing with them, having experienced firsthand the banality of evil.

All combat and conflict, all situations in life are only variations on simple elemental and Universal Concepts. The “Periodic Table” of these tactical concepts is studied deeply by the Shhhhh students to attune them to strategic principles, allow them to formulate strategies and select focused training programmes. Martial Meditations are employed to re-integrate particular shunned martial tactics into the Shhhhh practitioner’s consciousness allowing them the fullest range of tactical options.

I caution the reader against mistaking the map for the territory. Wherever we project a universal concept onto complex circumstances, we will conveniently find it. Unfortunately, some people have little respect for, and show little obedience to our universal concepts; and these people are most likely to pick a fight with us!

In the realm of self-defense, every assumption is a weakness. Nevertheless, I see value in using the “Periodic Table of Violence” as a rough study guide (no pun intended).

To shed light on an area of life we focus our attention on it and study it deeply. Slowly but surely we gain awareness of and control over an area that we had previously been unconscious.

An example of a suitable subject for such a study is the Universal Veiling Techniques. How are things concealed? What methods does nature use to hide and obscure? By increasing our awareness of this subject we may better protect ourselves from the damaging attention of others and we empower ourselves to see through the illusions of this world.

In the new Shhhhh martial art it is suggested that you make as full a possible list of the Universal Veiling Techniques and then organise them into a symmetrical conceptual matrix.

Studying nature is an excellent proposal. My own studies led me to this conclusion: nature is not symmetrical.

Look at your own body, at your own face in the mirror. Is it symmetrical? Almost, but not quite so. Look beyond the surface: are your organs arranged symmetrically? Not even close. How about brain function: do the left and right hemispheres operate identically? 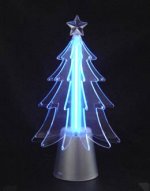 You won’t find many symmetrical trees in the forest, but there are plenty of perfect plastic replicas in a Christmas tree factory. The idea of symmetry is superficial and artificial.

How many martial arts techniques can you utilize without first breaking structural symmetry? I can only think of one…and I don’t know how to win a fight by bunny-hopping.

Martial arts with a heavy emphasis on particular moves and sequences of moves are limited. They can be very effective of course in certain situations but they lack the limitless depth of the concept based Shhhhh approach. By contemplating universal concepts in the correct way we can awaken the qualities inherent within our consciousness irrespective of our particular body type and situation.

Form or kata practice is a method of inductive learning: the practitioner learns not only specific choreography, but also general principles of movement. With sufficient practice, foreground and background are inverted; the internal state becomes stable, and attention returns to external circumstances. Simply put, the form disappears within itself.

While there are respectable philosophical arguments against induction, most people accept and use it without hesitation.

You might observe that traditional martial artists tend to focus on kata practice, and their practical fighting ability tends to be somewhat feeble. If you proceed to attribute their lack of ability to their training method, then you are using…inductive reasoning. Uh-oh!

As controversial as kata are in Internet martial arts forums, remember that this approach to learning is accepted and respected in most sports, arts and crafts.

Shhhhh, or Shinola?
Conceptually speaking, Shhhhh has many good points and a few areas in need of improvement. Many of its strengths are fully compatible with, or already present in existing martial styles and lineages. Shhhhh is not a substitute for your martial art, but an interesting perspective to consider.