After reading my previous articles on Mesmerism, James Randi’s Million Dollar Challenge and related subjects, some visitors have expressed skepticism over my meta-skepticism. Why am I so skeptical of skeptics?

Philosophical skepticism is both a philosophical school of thought and a method that crosses disciplines and cultures. Many skeptics critically examine the meaning systems of their times, and this examination often results in a position of ambiguity or doubt. [It] is an old movement with many variations, and contrasts with the view that at least one thing is certain. Indeed, for Hellenistic philosophers, claiming that at least one thing is certain makes one an [irrational] dogmatist. ~Wikipedia

The relationship between philosophical and popular (“scientific”) skepticism is roughly analogous to the relationship between Cheese and Cheez. The former requires time, effort and careful attention; cheese making is a real science and an art. The latter sprays out of an aerosol can; or to paraphrase professional skeptic Michael Shermer, it saves time and increases your productivity:

Since [the philosophical] position is sterile and unproductive and held by virtually no one, it is no wonder that so many find skepticism disturbing. If you are skeptical about everything, you would have to be skeptical of your own skepticism. Like the decaying sub-atomic particle, pure skepticism uncoils and spins off the viewing screen of our intellectual cloud chamber. ~A Skeptical Manifesto

Transcendence of symbolic forms is beyond the modern skeptical intellect, it seems. In the words of noted logician Ralph Wiggum, “That’s unpossible!” 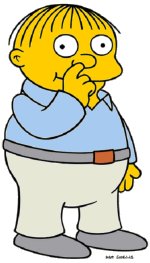 This ignorance of metaphysics and linguistics is a serious problem, but it is not the worst. If the scientific method is an inefficient but workable substitute for these “soft” disciplines, it is certainly no substitute for a lack of ethical standards.

Illustrating the lack of scientific integrity shown all too often by these purported champions of science, I quote from Robert Anton Wilson’s The New Inquisition. 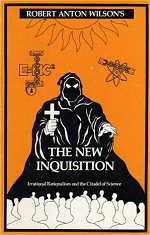 The late J.B. Priestly often animadverted upon what he called “The Citadel”—the scientific-technological elite which both supports and is supported by our military-industrial alpha males. The Citadel, in most countries, gets millions of pounds for every twopence doled out to the humanities, the social studies or the arts; it devotes most of its time and intellect to the task, as Bucky Fuller used to say, of delivering more and more explosive power over greater and greater distances in shorter and shorter times to kill more and more people.

The Citadel has always been arrogant and intensely territorial. After all, it grew out of the science and philosophy of the 18-19th centuries, and has inherited many qualities of that epoch, including anti-religious bias (the Citadel had to fight the Church to find its own place in the world) and also including tacit allegiance to the political powers that support and feed it.

A surprising number of “Scientific” Materialists are not scientists at all, but cranky Village Atheists left over from horse-and-buggy days.

The Citadel has a vigorous and versatile propaganda department in the United States called the Committee for Scientific Investigation of Claims of the Paranormal, or CSICOP for short [later shortened to CSI]. CSICOP’s method of “scientific investigation” generally is to wage a campaign of vilification, in the media, against any researcher whose ideas they don’t like.

[Harvard physicist and CSI co-founder Dennis] Rawlins discovered in early 1977 that the first scientific study performed by CSICOP was, to put it mildly, erroneous. He calls the statistical techniques used “bungling”. Professor Elizabeth Scott of the statistics department of University of California called it “misleading”. Whatever one wants to call it, it was, as we shall see, a remarkable bit of unfeasible logic.

This was the case: the French statistician, Michael Gauquelin, had published a large-scale statistical sampling which seemingly confirmed some of the predictions of astrology. CSICOP had decided to refute this—Rawlins claims there was no doubt in anybody’s mind, in CSICOP, that they intended to refute, not to examine impartially—and centered on one particular area, which has come to be known as “the Mars effect.”

Mars, relative to Earth, can be classified as occupying 12 positions in the sky at various times. Two of those positions can be regarded as “favorable” for the births of sports champions. If there is no validity in astrology, the chance of champions actually being born in those two positions (“Mars rising” and “Mars transiting”) are 2/12 or approximately 17 percent. Gauquelin’s statistics showed that the percentage of European sports champions born in those two timezones was actually 22 percent.

Now, this deviation of more than 5 percent may not seem overwhelming to a layperson, but to a statistician it is meaningful. The odds against it occurring by chance are several million to one. Thus, if Gauquelin’s statistics are valid, either astrology is partially confirmed or some other explanation of the deviation is needed.

The CSICOP report claimed to have identified the factor that explained the deviation. This is known as “the Mars/dawn effect,” and means simply that when Mars is “rising,” relative to a position on Earth, it is around dawn at that place. The CSICOP report claimed to prove that the 22 percent of sports champions born then was not significant because 22 percent of all humans are born then–evidently because, for biological reasons, pregnant women are slightly more likely to go into final labor around dawn than at other hours.

The report did not prove this. It obtained this result by juggling figures–especially by reducing the total number of sports champions from 2088 to 303. This is what Rawlins calls “bungling” and Professor Scott termed “misleading.” If CSICOP caught a parapsychologist or astrologer doing something similar they would call it “cooking the data.” In any event, when the figures are corrected, and the full 2088 sports champions are considered, instead of the partial sample of 303, the statistics actually confirm Gauquelin instead of refuting him. The actual figures then are: 17 percent of all humans are born in the timezone of the “Mars-effect,” as chance predicts, and 22 percent of sports champions are born then, as Gauquelin had claimed.

If “bungling” explains the beginning of it, “cover-up” does not seem too strong for what followed.

Rawlins and Professor Scott had discovered the statistical fallacy in the report before the end of 1977. All through 1978, Rawlins, a member of the CSICOP executive council, attempted to get this error corrected. He ran into a stone wall, and calls the behavior of other CSICOP executives a “cover-up” and compares it to the Watergate affair in politics.

The Committee refused to publish a letter by Rawlins about the matter, even though he was Associate Editor of their journal.

When Rawlins did a follow-up study, which amusingly enough did contradict Gauquelin, CSICOP was glad to publish it, but refused to allow him to include in it a section describing the error in their original report.

When Rawlins insisted that they print a sentence saying that part of his article had been censored, the other editors agreed verbally, and then removed the sentence without telling him. That is, they not only censored him but censored his attempt to tell readers they were censoring him.

When Rawlins insisted on a team of referees to judge the dispute, the executives did not allow an impartial team to be chosen, but selected their own referees. Nonetheless, the referees agreed that, when the errors were corrected, the original report did in fact confirm Gauquelin instead of refuting him, as Rawlins and Professor Scott had said from the beginning. The committee then refused to print referees’ report.

By 1979, Rawlins felt that he had seen so much dishonesty in this matter that he should speak out, but hesitated because “I didn’t want to hurt rationalism.” He went on struggling to get his corrections published, and finally realized that “realpolitik cynics were taking advantage of that reluctance” and exploiting his loyalty to the Cause. He tried to speak out at a press conference, and the executive council stopped the press conference before he could speak.

The executive council then met in closed session, with all members but Rawlins, and voted him out of the executive. They allowed him to continue as Associate Editor of their journal, however, and he went on struggling to get the correction published for another year. In 1980, he resigned from CSICOP in total disillusionment.

To summarize: CSICOP published a scientifically false report. They blocked all attempts by a member of their own Executive Council to inform members that the report was false. When their own selected referees agreed that the report was false, they suppressed the referees’ report. This went on over a period of four years (1977-1981) and if “bungling” explains the beginning of it, Rawlins’ term “cover-up” certainly does not seem too strong for what followed.

As Cambridge biologist Rupert Sheldrake explained in his recent talk, How Skeptics Work, this embarrassingly dishonest behavior is common in the pseudoskeptical community. Perhaps some meta-skepticism is justified.

Plus, I have reason to believe that Carl Sagan is a witch.

5 comments on “Skepticism in Theory and Practice: A CSI Case Study”