Unfortunately, these stories of a mythical state known as “Pennsylvania” have gained some traction amongst the more impressionable segments of the public. On behalf of all rational men and women, I have chosen now to speak out against this absurdity, lest it acquire through unchallenged repetition some facade of legitimacy.

As the great scientist Carl Sagan wrote, Extraordinary claims require extraordinary evidence, and Pennsylvania advocates have none to offer. On this basis, I have soundly concluded that the land of Pennsylvania does not exist. Unlike the superstitious true believers, however, I won’t ask you to take my word for it. Instead, let us review the alleged evidence together.

Every one of these Pennsylvania crackpots seems to have a map, which they regard as bulletproof evidence of their claims. These papers are superficially compelling, I admit, but they do not withstand any serious scientific scrutiny.

The text on these geographical documents, as it turns out, has been faithfully copied from one generation to the next for hundreds of years. Not rationally, not skeptically, but faith-fully. None of these cartographers are thinking for themselves! 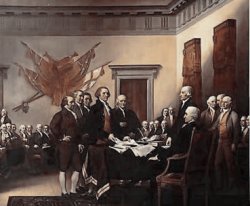 Ask yourself: does this state exist, just because some prankster decided three hundred years ago to inscribe it on a sheet of paper? No, obviously not. Writing something down does not make it true.

The same principle applies to the scandalous “history books” used in our public schools: books that claim our country’s founding fathers hailed from this mystical land. It is all too easy for publishers accept this hogwash at face value; after all, they make a profit from every book sold. Alas, this conflict of interest mutes any skeptical objection to a history written by winners—and by make-believe Pennsylvanians.

Since none of us were actually present at the birth of our nation, I choose to take this dubious history with a large grain of salt, and encourage you to do the same.

Pennsylvania: A State of Dementia

Having logically dismissed the written testimonials to Pennsylvania, we should now consider the numerous eyewitness accounts. Many otherwise credible individuals have testified on behalf of Penn state, supplying no proof but only hearsay.

Some men and women honestly believe they have visited this unproven land. In fact, 4 percent of the U.S. population insists they live within its borders! (A similar percentage believe they have been abducted by aliens.) 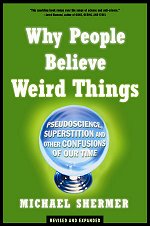 In Why People Believe Weird Things, author Michael Shermer explains why these fringes of our society so readily accept paranormal claims: dousing rods, UFOs, Pennsylvania, chi energy, ESP, and so on. Not all promoters of Pennsylvania woo are stupid and crazy, he says. Some people are unwilling to change their minds, and admit their previous lapses in judgment; others prefer a comforting fantasy to the cold, hard edge of truth; a few are just following the crowd.

Don’t bother arguing your pro-Pennsylvania points with me. Send them to James Randi, who offers a million dollar prize to anyone who can prove their supernatural claim. That million should be more than enough to buy you a mansion in Harrisburg, Pennsylvania’s mythical capital.