Skip to content
This is the second entry in our special week-long focus on Qigong and energy arts. 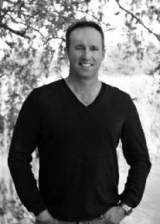 Mark Nesti is not your average New Age flake. After five years’ service with a recon/sniper cell in the Australian army, his career shifted into helicopter testing and maintenance, emergency communications, and business development. When he eventually began to explore the fields of theoretical physics and alternative therapies, his broad engineering mindset granted him a unique perspective.

Mark wrote a book about his exploration and research into quantum mechanics, meditation, chi, and consciousness. He isn’t promising you a new car or a diamond necklace in return for your fealty, but you may find his work rewarding in other ways. Mark recently sent me a few words regarding his personal inspiration and investigation, which I share with you below.

Perhaps, in some measure, modern society has lost regard for nature, in a divine sense, or otherwise. If true, this can only be attributed to a loss of spirit within the individual. In an attempt to define the connection between science and spirituality, between the observer and the included, I hope that spirit will be reunited. 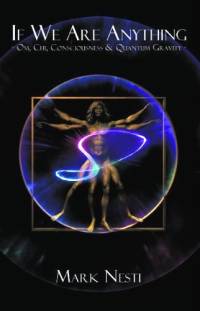 I would like to share with you a personal experience of just how powerful some types of meditation can be. Many of you already know that there are many forms of meditation, from practices which are designed to energize and relax, all the way to practices aimed at raising awareness, and some with the specific goal of raising the levels of Chi (accumulations called Kundalini) within the human system. I am of the belief that western society, in a general sense, is not yet ready to tackle the more advanced forms of meditation. My reasoning is that, as a culture, we have not yet been exposed to this type of practice as a part of our daily activities. Furthermore, we have not been raised from children with such disciplines integrated within our daily lives. You will see what I mean as we progress.

Several years ago, my partner and I brought over an Indian meditation teacher to conduct courses at our wellness centre and alternative therapy training institute; this became a regular event and one which attracted many students. One type of meditation he conducted, Dhyan, is a practice originally designed to promote prolonged awareness. However, the ancient Indian Hindu yogis referred to this particular meditation in a more appropriate manner: “the practice of dying”. I personally find this is an appropriate description.

I remember my experience very clearly: after going through the sequence of steps laid out within the practice, I began sweating and breathing as though I were exercising quite heavily (at the time I was cycling competitively so fitness wasn’t an issue). Shortly thereafter, my hearing began to diminish and my sensory world began to close in on itself. Soon I lost my sense of taste, smell, most of my hearing and any feeling coming into my body, so the painfully numb feeling throughout my legs I would normally experience during meditations was no longer there. I remember the experience from this point quite vividly–for reasons which will become obvious.

I felt as though my entire body was slowly being immersed in a dense liquid like liquid metal. It eventually became so dense that it felt like a vise, crushing me, and that at any moment my body would give in and collapse. Accompanying this was an intense medium-to-high frequency vibration. Initially faint, it gradually built up to such strength that I thought I was actually going to die. It was like no experience or situation I have known. It was painful but I couldn’t withdraw from it. I was stuck, mentally still and without any thoughts, but very conscious and fully aware of my predicament.

Eventually, after perhaps 15-20 minutes, I heard a faint chime, a small gong with a particular frequency so as to make meditators aware that their session is ending. The frequency is said to assist in the process of shifting from a meditative state to an awakened state. However, the chime did little but make me aware that I was unable to do much at all. It was as though I was locked in a safe and being dropped into the ocean: pretty grim. Somehow, and to this day I have no idea how, I was able to restart my thinking, and slowly crawl out from wherever I had strayed. Eventually I was able to open my eyes with the realization that the experience was actually going to end.

For the next three to four days, I felt as though I had concussion. I was well aware I was not able to think properly and was in a daze most of the time. I believe what I had experienced firsthand was OM, the divine frequency and sound of creation according to ancient Hindu scriptures. Yogis experience the many frequencies of OM within meditation regularly, but unlike them, I was not acclimatised to the experience. More appropriately, I had not yet earned the right to the experience. In hindsight, I look back on this as though I were a child, toying around with a gun I had found. Without knowledge, appreciation and training on the device which has powerful effects, it was a recipe for disaster.

Although I am not sure, I feel and believe that the experience left me with some lasting effect. Not long after this experience, I was able to identify key features, and bring together a theory on consciousness in particle physics; the linking of frequency to purpose. In my book, I aim to describe the inner workings of OM, the divine vibration that created the cosmos, and the coordinator of all activity.

It is not my aim to provide proof that the energy which alternative science talks about and utilises to great effect is a natural phenomenon within our universe. My aim is to put forward a plausible theory that both aligns itself to modern scientific understanding of the universe and conforms to the characteristics of Chi as viewed by spirituality. Additionally, it is my belief that Chi is not an impulsive force but a subtle and cumulative activity. A measure of its affects on the physical world can be found in many areas of modern and ancient society, such as alternative therapies.

Before we embark on this journey it may be pertinent to touch on just how special the universe is. Not all is as it seems. For instance, what keeps us pinned down to the earth is the force of gravity. However, preventing us from being pulled to the centre of the earth is matter itself. What is gravity, and what is matter?

Gravity is still an illusive mechanism: it has proven to be a worthy adversary to scientists and philosophers for eons. Einstein’s theory of general relativity shows us that gravity is the warping of space and time, often referred to as the spacetime continuum but to this day we still do not know how gravity actually works. How is the force carried, what carries it, and is it even a force to begin with? There are many theories but no conclusive evidence has been forthcoming.

Another surprise in the working of the universe is how matter interacts. For instance, if you were to touch both of your index fingers together and push a little, you should feel the left finger being pushed by the right and vice versa. The reality here is that the fingers themselves are not actually touching. What’s happening is that the electrons associated with each finger are repelling electrons of the opposite finger. Stranger still is that even the electrons don’t actually touch, they interact using the electromagnetic force carrier, the photon–a packet of light–so what’s preventing your fingers from touching, and preventing you from being pulled to the centre of the earth, is the exchange of light! When you go for a swim in a pool or at the beach, you are moving through the water by controlling the interactions of electrons using light. That being said, even today we don’t truly know what light is. In the extreme scenario, some of our most prominent scientists and philosophers agree that we have only scratched the surface of the structure of reality…

Continued in If We Are Anything: OM, Chi, Consciousness and Quantum Gravity by Mark Nesti.