John Arthur “Jack” Johnson was the first black heavyweight champion, but also paved the road for future athletes in the ways of trash talking, flashy bling and openly banging white women in an era when that could get you lynched. The man was everything Muhammad Ali would be…except he was doing it at the turn of the century. We aren’t kidding about the lynching thing–this was 39 years before Jackie Robinson and just a generation removed from his father being born a slave. 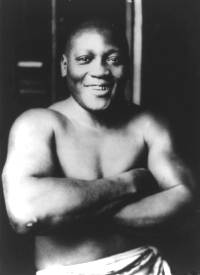 After Johnson became champion, the media openly pined for a “Great White Hope” to come forward and beat him, and set the racial hierarchy back to its natural order. Former undefeated champion James J. Jeffries came out of retirement to fight Johnson, satisfying both the white masses and fans of alliteration.

Jack Johnson spent time as a jazz musician, Chicago nightclub owner, stage actor, dock worker, coral fisher, bullfighter, volunteer secret agent in World War I for the U.S. Government (and possibly also for the Kaiser) and as a beer salesman. He was a legendary eater and drinker (and spent a night in Russia downing vodka shot-for-shot with Rasputin) and had the onions to deliver a speech on sportsmanship, fair play and the golden rule to the motherf–king KKK.

It should be noted that nothing in the previous paragraph was a joke. All that stuff really happened. He was a goddamned bull fighter, people!

Johnson’s wang had an equally impressive life. Among those Johnson was romantically linked to were Moulin Rouge star Mistinguette, German spy Mata Hari, sex symbols Lupe Velez and Mae West. Why are there not high schools named after this man?

In a dick move worthy of the bearded EPA guy from Ghostbusters, authorities convicted Johnson of violating the Mann Act by “transporting women across state lines for immoral purposes” in 1913–despite the fact that the incidents in question took place before the Mann Act was passed, the woman in question was his future wife and he was goddamn Jack Johnson.

While in prison, he eschewed the non-macho act of forced sodomy for the very macho acts of smoking cigars, drinking and even inventing and patenting a new type of wrench. Think about that the next time you’re putting together your fruity little IKEA bookshelf. The wrench in your hand may very well have been invented by Jack Johnson…in prison. 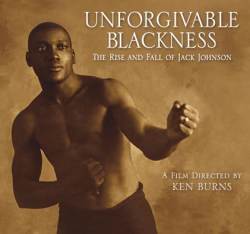 For more profiles of the most badass athletes of all time, visit Cracked. For more about the incredible story of Jack Johnson, read Geoffrey C. Ward’s acclaimed book, or see Ken Burns’ documentary, Unforgivable Blackness.