Every person’s body has an aura (light).  All living things have auras.  Even nonliving things have auras.  Physicists refer to the aura as a field, a space which contains active magnetic or electrical lines.  The aura of the human body is the qi field of the body.  Some individuals are born with the ability to see auras.  Others are able to see auras with qigong training, as well as after a session of meditation.  With the ability to see human auras, it is possible to understand the workings in the human body.  Depending on the colors and the intensity of the aura around the individual, the condition of the individual can be deciphered. 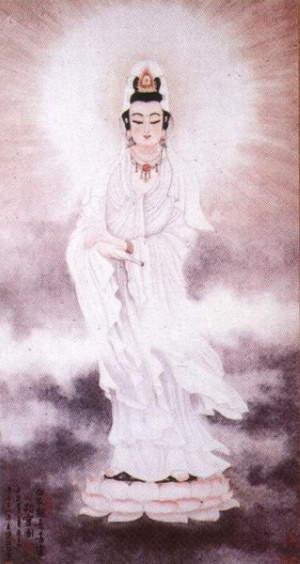 With the ability to see auras, one can also decipher the depth of another person’s energy cultivation.  The aura of Laozi was described as purple.  The auras of Sakyamuni Buddha and Avalokiteshvara (Guan Yin) were described as a ring with multiple radiating colors.  Drawings of Jesus Christ and the Virgin Mary also showed auras.  Indian yogis, Chinese Daoist and Buddhist cultivators all have large beautiful auras.

Practice 3.  Practice looking at people’s heads.  It will be easier to see people’s auras when they are standing in a lighted area with a dark background.  First look with your eyes half closed, then open your eyes completely.  You may be able to see different colors of light around people’s heads.  Some people’s auras can extend all the way up to the roof.  With practice you will notice the auras all around people’s bodies. 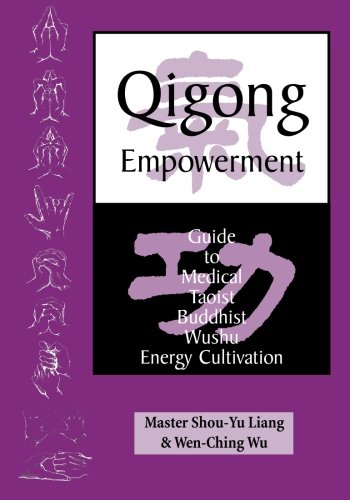 Excerpted from Qigong Empowerment: A Guide to Medical, Taoist, Buddhist, and Wushu Energy Cultivation by Liang Shou-Yu and Wu Wen-Ching.