Performing these elaborate aerial and gymnastic maneuvers is also known as tricking. At the end of AntiGravity Heroes, Jimmy Angel practices with a chain whip.

While the popping and isolations demonstrated by Madd Chadd in Robot Lovestory (Episode 3) are not directly inspired by martial arts, these skills are somewhat analogous to advanced levels of the arts, wherein students must learn to move each individual joint correctly for the creation of a unified and coherent force.

In Episode 5, Lettermakers Z and Dante represent krumping as a fighting style. Some elements of their sparring match bear resemblance to the Brazilian art of Capoeira.

In season 2 of The LXD, dancers start learning to focus and channel their inner energy, in order to project it outside of their bodies. This is actually a long-established and controversial topic within the martial arts community. 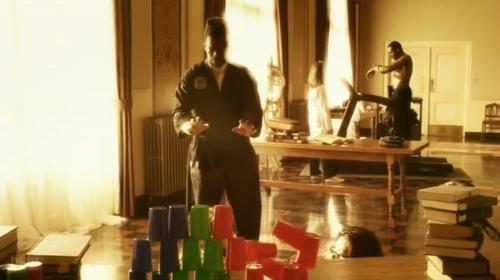 Is it possible to project energy outside the human body?

Although nearly everyone has an opinion on this question, very few people have any relevant knowledge or experience. In Chinese, the skill of projecting energy for martial purposes is called ling kong jing, or empty force.

There are specific and rigorous exercises involved in the cultivation of empty force. It is not, and never was the automatic result of earning a black belt in any style of kung fu, as both skeptics and charlatans often imagine. For more information on the subject, please consult the book Empty Force by Paul Dong and Thomas Raffill.

Are chi, auras, chakras and “Ra” really all the same thing?

What is a bo staff?

Bo is simply a Japanese word for staff. A traditional wooden bo is six feet long (in contrast to the four-foot Jo), and is used in a variety of Japanese and Okinawan martial arts, including Karate and Aikido. The staff is a popular weapon in martial arts of other countries as well, where it may be referred to by another name.

Yes. Some schools and teachers will accept a handful hard-core students for an intensive program, wherein they literally live at the dojo, attending every class, and practicing before and afterward as well. In Japanese, these students are known as uchideshi, or “indoor disciples”.

There are many kungfu schools near Shaolin Temple in China that accept foreign students, for a stay of months or years. However, these schools are mostly tailored for children and young adults, and the quality of instruction is not necessarily any better than you would find in a major American city. (For more information on Shaolin training today, watch the documentary The Real Shaolin.)

Dr. Yang Jwing-Ming, a well-known author and master of Chinese martial arts, runs a retreat center in California. Visitors and students have committed to instructional programs lasting as long as ten years. 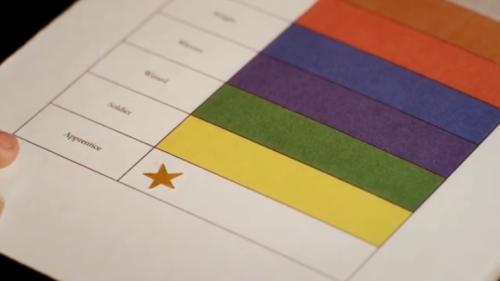 Although the history of martial arts spans several centuries, the practice of wearing colored belts was not introduced until the early 1900s. First adopted in Japanese Judo, the practice has since spread to other arts, as the number of belt colors (and belt stripes) has proliferated.

Today, proponents and opponents of the belt system each have their reasons, their myths, and their rationalizations. To some, each belt is an important milestone–a concrete accomplishment in an otherwise subjective and neverending journey towards mastery. To others, they represent nothing more than an opportunity to wheedle frequent belt promotion fees from gullible student customers (or their parents).

According to a popular martial arts myth, a black belt is simply a white belt that its hardworking wearer never washed after years of arduous training. This is a disgusting fabrication–unwashed belts do not only get dirty, they also get sweaty and stinky, and without proper care, possibly even moldy. Following another story, the first white belt represents innocence, the second yellow belt represents the dawning of knowledge, the third orange belt signifies the ascendance of progress, and so on; this is a viewpoint without historical precedent, and a matter of personal opinion.

Even today, many schools and styles of martial arts have never adopted any belt system.

It is not unusual for a new shodan (first degree black belt) to be attacked by all the other members of the school–individually, or even all at once. The sparring, or fighting, is done at less than full intensity.

There are other lineage practices that are not discussed in public.

This guide will be updated as the series progresses. Add your questions and comments below.