These are all qualities one would expect to find in a good Chinese martial arts school. Expecting the modern American cultural interpretation of these ideals, however, can lead to confusion and disappointment.

The traditional distinction between indoor and outdoor disciples tends to bother American martial artists. Following this tradition, a master selects a subset of his students for special attention and secret information. Indoor disciples are given the privilege and responsibility of inheriting the complete art. Meanwhile, outdoor disciples remain in an indefinite probationary state, in some cases learning exclusively from senior students.

Although this arrangement probably never held much appeal for outsiders, it was acceptable from a Confucian cultural perspective. Americans today do not share this perspective, and few would join a commercial kung fu school on the explicit promise of second-class treatment. The indoor disciple system offends their sense of equality and fairness.

Rumors of its death, however, are greatly exaggerated.

Life On The Outside

“If you sit down at a poker game and can’t figure out who the pigeon is in the first five minutes…it’s you.” 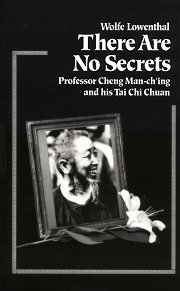 According to a popular martial arts meme, “there are no secrets” in martial arts. This is nonsense on multiple levels; primarily, because everything you haven’t learned is a secret to you—and you cannot expect to learn everything. Secondarily, because if there were secrets, nobody would tell you about them!

If you are a martial arts insider, you might choose not to disclose that fact, whereas, if you are an outsider, you may not even know it.

Is any secrecy justifiable? What do you think?

Or, to put it differently: for how much money would you sell all of your own secrets?