On postural contraction versus expansion…

“The indivisibility of mind and body cannot be overemphasized. Psychic tensions can create physical tensions which in their turn have a deleterious influence on the general posture.”

Unfortunately, one’s postural defects tend to be so habitual that one is unaware of the conditions subsisting. With regard to the dynamic aspect, it is interesting to note that the records kept by tailors of customers’ measurements over the years often bear witness to the shortening of stature which actually takes place under the influence of contracting posture. Its extreme manifestations are as follows: neck tensions which pull the head back and thrust the chin forward, rigid, pulled-back shoulders, narrow prominent shoulder blades and a pronounced hollow in the small of the back, showing that the dorsal vertebrae are contracted towards each other.

Another noticeable difference between the two extremes of posture is that those who are in the expanding posture are deep breathers, those in the contracting posture are shallow breathers, factors which have obviously important effects on general physical efficiency. Without exception, it is from the ranks of the posturally expanded that all the great talents are drawn, as the reader may verify from his own observation.

The talented performer literally expands in order to play. If he does not, he must perforce contract…and contracting procedures which are inimical to coordination are not the means whereby talent expresses itself.

On standardized forms and technique…

So many players are trained to mimic for so long that, even if they arrive at an overall conception of the work they wish to perform, their technical habits interfere with its realization. In extreme cases, the performer becomes little more than the slave of his limbs. He works at his forms until he has acquired a set of conditioned reflexes, responding to the stimulus of performance like one of Pavlov’s dogs salivating at the sound of the bell. Unfortunately, the process which conditions the extremities also conditions the mind at the same time, with ruinous artistic consequences.

Once the pupil has grasped the basic principles of posture and pressure…there is nothing more to be learnt with regard to what is commonly called “technique”…the only limiting factor is the pupil’s ability to form a mental conception of the work which he wishes to perform.

On subjectivity in teaching…

Traditional teaching is often led astray by observing only effects, then by deduction, determining arbitrarily the causes. This systematic error has falsified the bases of education, and is the real reason behind so many of the “difficulties” encountered in the elementary as well as the advanced stages of the artist’s development.

The authors of some apparently authoritative books on technique were deceiving both themselves and their readers, because they took for granted the validity of their purely subjective feelings as to how they were using themselves in the act of playing.

This is one of the most important lessons to be learnt with regard to the re-education of behavior patterns—that our feelings are not to be trusted. The judgments we make as to how we operate and our sense of spatial relationships are governed entirely by our habitual usage.

“To do nothing is one of the hardest tasks in the world.”

If you are habitual “wrong-doer”, you cannot possibly know what it feels to “do right”. You have to learn to do nothing in order that you may be made aware of the new sensations associated with “right-doing”.

A powerful technique is certainly not achieved by practicing power, which is just as pointless as any other end-gaining process. All that matters is to acquire the means whereby the end may be achieved.

The flow of pressure engaging the whole posture presents itself as a totality which realizes the activity, “play”, and failures are without exception the result of superfluous activity. The acquisition of a superior technique requires a perpetual simplification, realized through the choice of the most simple and subtle action, the furthest removed from that kind of struggle which is the negation of all artistic achievement.

Detachment is the answer to most of the problems of performance, as it implies the absence of emotional involvement, which causes both artistic distortion and unnecessary anxiety. Detachment stems from “self-possession”; involvement stems from “end-possession”. To reap the harvest of maturity once must cease to be “end-possessed” in order to become “self-possessed”; not obsessed with the struggle for success on the stage, but by the desire to become the kind of person to whom successful performances happen.

Now, can you guess the name of the Chinese sifu who wrote these words of wisdom? 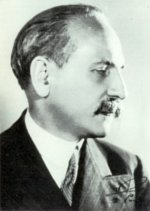 Actually, it is the work of a Frenchman—Raymond Thiberge—and his kungfu is not in fighting, but in playing the piano! This advice is taken from The Pianist’s Talent, a summary of Thiberge’s teachings by student Harold Taylor.

The master swordsman Miyamoto Musashi said that, by studying one thing in depth, you can understand the ten thousand things. (Musashi himself was also a skillful painter and sculptor.) The fact that Thiberge’s tips so clearly apply to martial arts reinforces Musashi’s point. The benefits you gain from learning martial arts should improve not only your piano recitals, but everything else you do as well.