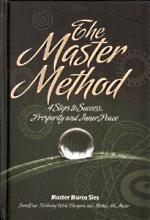 Very small for my age, I was a dark-skinned boy living n a not-yet diversified [Chilean] population where light skin was admired and favored. At school, little girls told me I was ugly, and the boys bullied me relentlessly. I remember being thrown headfirst into a trashcan, and the humiliation of a group of boys whipping me with their neckties and making me run like a horse while they laughed. Even some of my relatives made hurtful comments…

Some of those negative childhood experiences stayed with me well into adulthood. I now understand that these experiences were necessary to help me identify what I didn’t want for myself…

By the age of five or six, I already had a fascination with kickboxing, persistently pleading with my dad to show me moves and “train” me. Although I wanted to be a great fighter, no one took this undersized boy seriously, and especially one who had his head buried in philosophy books most of the time.

When I was 15, an exhibition by world champion kickboxer Bill “Superfoot” Wallace in my hometown changed the course of my life. I was awed by his power, mastery and discipline, and I decided that very night I wanted to become a world champion. I would train and learn and work harder than anyone ever had and let nothing stop me from reaching my goal. When I shared my thoughts with others, they scoffed and laughed at me, but once my decision was made, I began to make my plan.

I began working every job I could find to earn even the smallest amount of money [for training]. I washed dishes, helped people carry groceries to their cards, I swept floors, and I even walked several miles to and from school so I could save my bus money. I was determined to accomplish my goal, and I knew this was going to help me get closer to it. Small opportunities began to fall into my path, and eventually, I was able to find work at a martial arts school cleaning floors, bathrooms and mirrors. I never looked at these duties as beneath me, but rather as an opportunity.

This first martial arts job allowed me to train and improve my martial arts and kickboxing skills, and after a couple of years of relentless, grueling work, I proudly became the Chilean National Champion. I was only eighteen years old, and it was an enormous achievement. I maintained my title fro the next three years, but my eyes were still on the world title…I knew I had to go to Europe or the United States.

I arrived in America with $40, a couple pairs of pants and shirts, some music tapes and my martial arts uniforms. I settled into an ambitious routine, working as a cleaner late at night, delivering newspapers in the early morning hours and still training at every opportunity.

We would often drive all night to get to an event and then go straight to the weigh-in. I would fight and we would drive straight back home because hotel accommodations weren’t in the budget.

The world of kickboxing is a tough business, with purses going mostly to the promoters and the actual fighter taking the physical punishment for only $200 or $300. In those early years, I met people who promised me training, fights and other “deals,” but I didn’t understand anything about contracts, and was so green I assumed no one would be unethical or have bad intentions.

At one point, I was convinced to travel to California with the promise of big money for just a couple of fights. I spent two months there and never got paid a dime. I returned to the East with nothing–no job, no money and no place to live.

At this low point, I found myself homeless, and I didn’t know where my next meal would come from.

Despite these major setbacks I never lost faith. I was so focused on becoming a world champion…without knowing why, I was accepting everything I experienced as part of my journey. In hindsight, I realize each trial gave me the knowledge and tools I need to become a kickboxing world champion.

Within a few months I was back on my feet, and even though I had to work even hard to sustain myself, I didn’t worry. I couldn’t afford a boxing gym, but I found an old couch near a dumpster, took the cushions off, tied them to a tree, and that became my punching bag. I trained in the parking garage at a local mall, running up and down the stairs, and I ran sprints in a local park. I used all the creative means I could think of to continue my training every single day in hot sun, rain or snow…

Continued in The Master Method: Four Steps to Success, Prosperity and Inner Peace by Marco Sies.