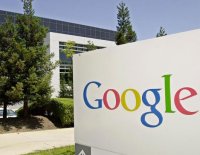 How do you think Google established their complete dominance of Web search? Superior engineering? Nope. Shrewd business strategy? Guess again. They have a secret weapon…

Chuck Norris built Google’s first data center from a roll of barbed wire, a pallet of lumber, and a side of raw beef. The barbed wire was just for snacking.

Google is reportedly experimenting with alternative energy sources. Their most promising so far: a treadmill, next to a life-size photo of Chuck Norris. 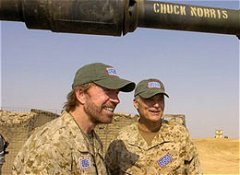 Chuck prepares for his next mission

Supplemental results were introduced to keep Chuck Norris from dominating every search query. They were eliminated after proving completely ineffective.

Why has Google’s stock price climbed from $85 to over $700? In a futile attempt to escape Chuck Norris’ earthly clutches.

* Despite all this, Google still cannot find Chuck Norris.

Please feel free to share your own Chuck Norris Google facts below.