A contractual relationship with your martial arts school could end miserably; former classmates and I know this from experience.  Despite this experience, I believe that the potential benefits of a contract to the student outweigh the risks.

Before I explain the benefit, let me tell you the tale of an Aikido dojo gone sour.

A Series of Unfortunate Events

Our story begins at a now-defunct Aikido school, around 1999 if I remember correctly.  I visited the school, liked the teacher and the class material, and decided to sign up.  After a few weeks of classes, I agreed to sign a contract, in return for a small tuition discount.  Since I planned to continue attending anyway, I saw no reason not to sign it. 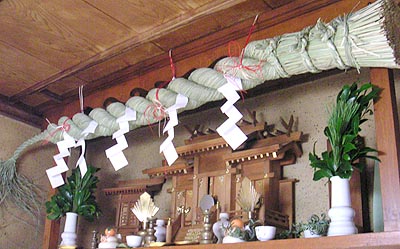 The classes at this school, like most other Aikido schools, opened and closed with bows to the kamidana.  This was presented as a gesture of respect towards the dojo and its founders.  A select group of concerned parents, however, interpreted the practice as a worship of false idols, and demanded that it end.  When the instructor refused to acquiesce, they withdrew their children from classes.  Without their attendance and support, the kids’ class was discontinued, tipping the precariously balanced dojo financials into the red.

A few weeks later, our sensei broke the disappointing news: the dojo must close.  He gave us two options: we could cancel our contracts, or continue training at the nearest remaining branch, twenty miles away.  (Some schools work with contract management firms that do not allow cancellation; fortunately, our contracts did not involve a third party.)

Many students chose to cancel, but I chose to continue.  I didn’t keep training there due to the contract itself, but for the reasons I signed it.  I was still happy with the teachers and the curriculum, and the new commute was inconvenient but manageable.

A few months later, we had another shakeup at the dojo.  The two chief instructors left for greener pastures, where they would find it easier to earn a living with Aikido.  This time, they moved not to an adjacent county, but to another country.  Their senior student—a sandan with a chip on his shoulder—assumed teaching responsibilities.

In what I can only assume was a misguided attempt to prove his credentials, this new sensei applied a vicious kotegaeshi to my wrist.  His careless technique left me sore and unable to practice for almost a month.

I would have expected that kind of behavior at Cobra-Kai, but not at an Aikido school.  Needless to say, I declined to renew my contract.  In fact, I never returned.

It wasn’t the first martial arts school I decided to leave, and it wouldn’t be the last.

The timing of my departure was such that I lost only one month of tuition; it could have been much worse.  But even if I had a few months remaining on my contract, I would not have returned to “get my money’s worth”.  Martial arts are too dangerous to practice with untrustworthy people.

You might expect this experience to turn me off of school contracts.  And it did, at first.  Why should any student promise to pay for future classes, without reciprocal promises of a convenient location and high-quality teaching?

I still feel that way, but I have also come to recognize the value of these contracts.  They are both a symbol, and a reinforcement of your commitment to learning.

The importance of commitment is expressed in this famous passage, attributed to Johann Wolfgang von Goethe:

Until one is committed, there is hesitancy, the chance to draw back. Concerning all acts of initiative (and creation), there is one elementary truth, the ignorance of which kills countless ideas and splendid plans: that the moment one definitely commits oneself, then Providence moves too. All sorts of things occur to help one that would never otherwise have occurred. A whole stream of events issues from the decision, raising in one’s favor all manner of unforeseen incidents and meetings and material assistance, which no man could have dreamed would have come his way. Whatever you can do, or dream you can do, begin it. Boldness has genius, power, and magic in it.

Without commitment, nothing meaningful can be accomplished.  The Spanish conquistador Hernando Cortez knew this, when he ordered his soldiers to burn the ships that carried them to the New World, and banish all thoughts of retreat.

It is this level of commitment, this stubbornness that makes men great, according to author Napoleon Hill.  His acclaimed book Think and Grow Rich was the inspiration for the modern best-seller The Secret.

My first school contract came with a few implicit questions, questions that any serious student should consider.  How important is martial arts, really?  How much am I willing to risk, or sacrifice?  At that time, I was willing to commit three months of time and money, before deciding how or whether to proceed further.  Looking back, I consider it a prudent investment.

If you hesitate to make such a relatively minor commitment to your current martial arts school, I suggest you find a better school.  And if no school could possibly inspire you to sign a three-month contract, consider this a sign that you’re pursuing the wrong hobby.  Why not find something that interests you more?

2 comments on “Students: Burn The Ships, Not Your Martial Arts Contracts”