There are two kinds of agnostics in the world. The first are lazy and ignorant fools; the second reject the philosophy of Baruch Spinoza.

On further consideration, maybe there is only one kind of agnostic? 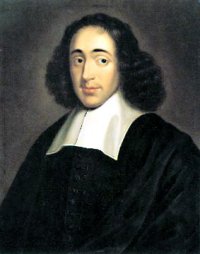 Baruch Spinoza was one of the great thinkers in the history of the West, celebrated by his peers as a “prince of philosophers”. His work recognized a unity of the human mind and body, science and spirituality, God and Nature, in a manner more commonly associated today with Asian than with European thought.

Like the Taoist sage Lao Tzu, Spinoza was a champion of Monism. Spinoza’s God was not a bearded man dispensing favors from his cloudy fortress, but a Totality of which every perceptible thing is but an attribute. (In his posthumous book, The Ethics, Spinoza used his command of logic and reason to prove God’s existence.)

Also like Lao Tzu, Baruch Spinoza examined the topics of wisdom and virtue together. In his metaphysics, he advocated the pursuit of intuitive knowledge, towards the goal of freedom and even immortality.

There are many fascinating parallels—and some important differences—to be discovered between Lao Tzu’s Taoism and Spinoza’s Monism. For example:

Since his death in 1677, Spinoza has inspired many great minds, including Goethe, Kant, and Albert Einstein. Hegel famously said that Spinoza’s writings are “the essential commencement of all Philosophy”; if you don’t know them, then you don’t really know anything.

Well, if you didn’t know Baruch Spinoza, now you do!