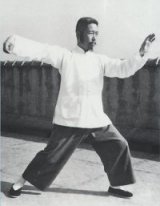 Single whip is one of the signature postures of Taiji. As such, you might expect a broad agreement about its ideal characteristics: hand and stance height, incline of the back, and so on. However, no such concurrence exists among Taiji masters of the past or present.

No matter how you choose to perform single whip, you can find a famous master whose personal demonstrations support your preference. But don’t get cocky; a dozen other masters will dispute the correctness of your posture.

Who is right, and who is wrong? Tellingly, the Taiji classics do not address such a trivial issue. My advice is to pick any single whip you like. If you can justify your choice, then it is good enough for your own practice. 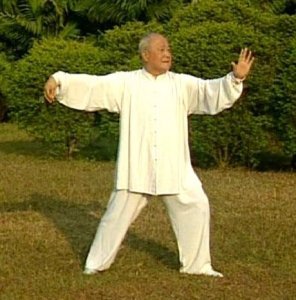 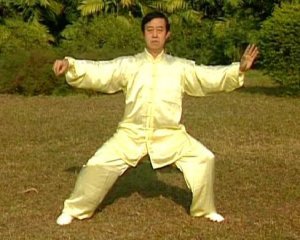 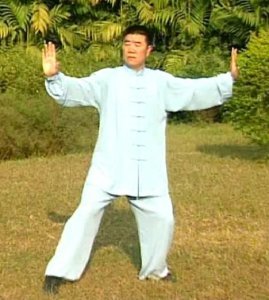 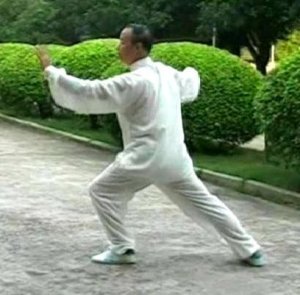 These screen captures were taken from Dr. Zhang Zhiyong’s 16 Forms Taijiquan DVD compilation. Do you have any other single whip illustrations to compare?