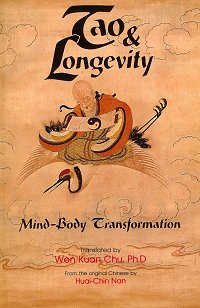 A person who says that he has an invisible and immaterial body, with or without form, that leaves and enters his body at will is speaking of the body of yin shen. Yin shen is similar to those bodies appearing in dreams, but it is much clearer and more distinct than ordinary “dream” bodies. [Some] Taoists maintain that the projection of yang shen is the ultimate achievement of meditation and the cultivation of Tao. But if one imagines that the projection of yin shen is the ultimate goal of Tao, then he is an ordinary person or in the yin state of a spirit or a ghost. 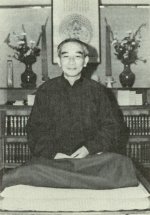 …Some may have an experience of this sort long before reaching the stage of transforming the chi into shen. For example, when the connection between the spirit and the body has deteriorated and grown weak, the projection of yin shen may occur spontaneously. This can happen to quite ordinary people who are not meditating, for it happens when one is ill, nearing death, or bordering on schizophrenia.

Sometimes people with nervous temperaments who engage in the practice of meditation may experience the projection of yin shen. This phenomenon is often influenced by the subconscious mind, when it is attuned to the chi ascending to the head. A person who is well versed in psychology, and who introspectively reflects upon his subconscious mind need not deceive himself about this…