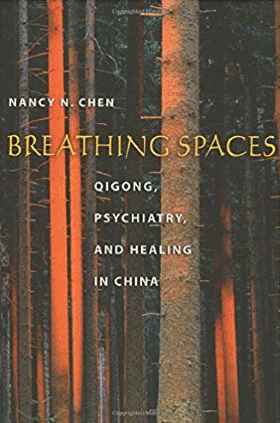 Scientific experiments also commenced during this period, as many researchers believed that special abilities could be enhanced with qigong. Over a dozen scientific journals and publications, among them, Zhiran Zazhi (Nature magazine) and Dongfang Qigong (Eastern qigong), began to discuss human potential and somatic science.

What was at stake was Chinese scientists’ affirmation of traditional forms of knowledge and phenomena. The much-publicized scientific debates in newspapers and journals had wide impact. Their appearance suggested the official sanction of the state. Ultimately, qigong research lead to new scientific discourses that would eventually be used to regulate masters who were believed to promote unscientific forms of qigong, but [at that time], science seemed to be as taken with the practice as the public at large.

Qigong, Magic, and the Paranormal

Tales of supernatural entities and powers have infused popular literary themes and vernacular culture in China for centuries. Despite various campaigns to eradicate interest or belief during the Republican era (1930s) and the Cultural Revolution (1965-75), the fascination with paranormal phenomena has continued in post-Mao China. Before discussing how qigong masters become charismatic leaders, it is crucial to differentiate the closely related phenomena of psychic or paranormal abilities referred to as teyigongneng from qigong.

Mr. Bao was a reputed master of paranormal abilities and even considered to be a state treasure. He did not practice qigong, and neither was he considered to be a qigong master. His abilities to make things disappear or materialize were considered to be natural talents (tiancai). A common tale that spread around Beijing was that he could easily make a coin disappear from a subject’s hand and make it reappear in the person’s belly…many qigong masters arguably have such abilities, and their demonstration in public performances arguably contributed to the popular perception of them as superhuman. Phantasmagoric stories of how a particular master could walk or see right through walls or make pills pop out of unopened bottles spread like wildfire across China.

The political atmosphere of the 1960s and 1970s made qigong nearly impossible, for fear it would be mistaken for spiritual practice and a lack of political fervor.

Some scientists considered qigong to be a natural phenomenon in the same category as teyigongneng. Special research institutes emerged, devoted to conducting experiments on individuals with special talents such as the ability to move objects with qi, to charge the human body and other objects with electricity, to “read” Chinese characters with the ears, or to heal individuals. Another camp of scientists went even further, taking the extreme position that qigong was a precious Chinese tradition that needed to be protected as a state secret. One master reputed to have supernatural powers was sequestered under tight security so that his abilities could further be researched. Popular rumors circulated of how the master terrorized his bodyguards with threats of qi-induced bodily harm.

In the late 1970s and through the 1980s many notable scientists started investigations, holding conferences on psychic abilities and debating the scientific qualities of paranormal power. Similar investigations took place in the Soviet Union during the height of the Cold War.

Though the intertwining phenomena of psychics and powerful masters emerged simultaneously in the post-Mao context, the social life and career trajectories of masters were different. The powers of the majority of children with psychic abilities are reported to fade in adulthood. In contrast, masters with no innate capabilities have fostered or cultivated their abilities by learning qigong later in life. Moreover, if they chose to pursue healing as a career, they continued to attain powers beyond psychic powers. In sum, rather than becoming subjects to observed and record, such masters transcended the ordinary world.

As a cultural phenomenon studied by anthropologists at the turn of the century, magic was considered to be characteristic of primitive societies where science had not yet replaced traditional structures of knowledge and power. A similar view of magic was adopted in the People’s Republic during the early Maoist years, when magic was associated with superstition (mixin) and backwardness (luohou). Campaigns against mixin during the Cultural Revolution targeted traditional and spiritual practices that were believed to hold the nation back from achieving modernization.

According to informants who practiced before the post-Mao economic reforms, the political atmosphere of the 1960s and 1970s made qigong (and other personal pursuits) nearly impossible, for fear they would be mistaken for spiritual practices and lack of political fervor. The framing of qigong as a healing art and science, rather than as an offshoot of the more magical category of teyigongneng, made it possible for people to participate.

Downstairs on the men’s ward [of the insane asylum], Mr. Chen was plagued by hearing instructions in an alien “universal” language (yuzhouyu). He was accompanied by his wife, who was allowed to stay through special arrangement with the hospital. (In cases where acute care was needed—for example, physical conditions and violent cases—permission was given for family members to stay with the patient so that twenty-four-hour attendance could be given without additional staffing.)

Chen’s wife, Wang, drew attention, especially in an all-male ward. The other females present in the men’s ward were hospital staff—nurses, cleaners, or doctors. I approached Wang, an intensely earnest middle-aged woman, after first indicating that I was not a doctor but a research scholar interested in family roles and the management of mental illness. She mentioned that her husband was seeking care for qigong deviation but quickly admitted, “It’s ironic, but if anyone should be here, it should be myself.”
I quickly blurted, “Why?” She continued:

Because I was the one learning qigong in the first place. I have chronic digestive problems, and I started practicing last year. My husband started to accompany me because it was a long way to the park. He made progress more quickly than I did, but soon he could not control himself anymore. He started to practice four or five hours a day, and then started to hear and see things. He received external messages [waixin] to kill himself, but he did not want to and became terrified of doing anything more.

The sensation of losing control and instead being moved by an external power was shared by many qigong patients. Mr. Gao, a male patient in his fifties, described how his practice of Daoist qigong progressed as expected until one day the qi in his right leg become stuck. “I was walking along Wangfujing Street and suddenly felt as if my right leg had a will of its own. I started walking in a wide circle, because the other leg became planted on the ground and my other leg tried to continue moving forward. I had to stop and really concentrate before my leg could move again.” I asked how he came to be in the ward. He continued, “Wall, it was either the ward or jail.” My eyebrows raised. 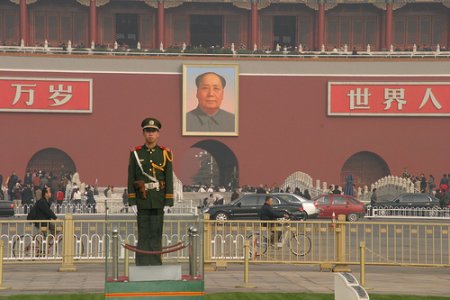 I was walking down the street several days ago, and the same problem happened. I first lost control of one leg and then the other soon after. No concentration on controlling this force could help. My legs started walking without my control, and I started grabbing signposts and people to try and stay in one place. But to no avail: my legs were taking me toward Tiananmen Square. I called out to the soldiers not to shoot, as I could not help myself. The leveled their [guns] at me, but I managed to convince them I needed help, so here I am.

At the time, we both giggled nervously at hearing such an unbelievable tale. Before hearing Gao’s story, I found it hard to imagine how a person—or a body part, in this case—could be possessed while he was still conscious.

I checked with Gao’s wife, a robust woman in her early fifties. She told me that she did not believe her husband was mentally ill, just a little bit “deviated” (pianle). She asked me what I thought about the therapeutic treatment, and I found myself at a loss to advocate immediately the psychotropic foundation of cure. I asked if she had sought other means of help. Her no-nonsense reply was “the masters are just magicians. Sometimes they can help, but mostly they just perform. I know my husband is not mentally ill, but where else can I go?”