Kung Fu version 1.0 was released at the dawn of human history, and it was truly a killer app.  Though it contained only two basic features—kill people and kill animals—it was useful in solving the problems of the prehistoric age.

Kung Fu 1.0 provided end-users with critical advantages in the constant struggle for food, and an opportunity to reproduce.  By leveraging bleeding-edge innovations in Rock and Stick technology, early adopters were able to live to the ripe old age of 30 years, and perhaps even become grandparents.

A limited feature set, combined with daily stress testing, resulted in a very stable and reliable product.  The occasional fatal error was attributed to faulty hardware.  Few changes were required during this stage of the product lifecycle, which lasted for centuries.

Continuous advances in culture and technology eventually led to the obsolescence of Kung Fu 1.0.  Guns allowed the untrained and inexperienced to kill with ease, making shenfa a less practical tool for self-preservation.  Rights and responsibilities of personal safety were gradually taken from individuals, and delegated to government agencies. 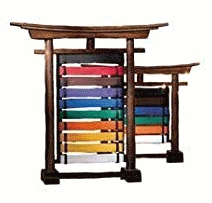 Kung Fu v1.5 was released in the middle of the twentieth century, ostensibly in response to changing customer needs.  The target market was no longer threatened by overwork and starvation, but by inactivity and obesity.  They were not only physically, but also emotionally and intellectually insulated from life-and-death struggles; their strengths, weaknesses and values shifted accordingly.

Nevertheless, users of the original version 1.0 found this “upgrade” to be nearly worthless.  Instead of providing solutions to modern individual and social problems, the new version of Kung Fu merely introduced a collection of features nobody wanted or needed.  Version 1.5 was bloatware.

This new Kung Fu benefited only its manufacturers and shareholders, not its users.  The release was bundled with unnecessary add-ons (such as rainbow-colored uniforms and ornamental knick-knacks) in order to raise profit margins.  Ambitious salesmen continually rewrote the version history in an attempt to increase sales.  The most successful businesses awarded their leaders honorary titles (Grandmaster, Professor, or even Doctor), who in turn nominated each other to endless Halls of Fame.

Testing was skipped in the rush to release Kung Fu 1.5, and consequently it was filled with bugs: punches and kicks contained no power; patterns of movement served no purpose.  Wisdom and experience were supplanted by jargon and speculation.  Overall, the personal development attributes of version 1.0 had been replaced with a hollow façade.

It is time for a new version of Kung Fu.  Version 2.0 will be built on the time-tested foundation of 1.0, with its falsifiable theories and practical skills, and it will be adapted to the unique resources and challenges of the 21st century.  Kung Fu 2.0 is not strictly about fighting, nor does it favor style over substance; it is about improving quality of life and fully realizing human potential.